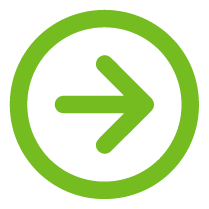 
The John J. Witmeyer III Dean's Colloquium series, which invites distinguished alumni back to campus to discuss their careers, presents psychiatrist and learning differences specialist Ned Hallowell. He is the founder of the Hallowell Centers, which specialize in the diagnosis and treatment of learning differences, especially attention-deficit/hyperactivity disorder (ADHD) and dyslexia, in adults and children. Having both ADHD and dyslexia himself, he sees them not as disorders but rather as traits that can confer enormous benefit.

In his talk, "The World of ADHD in 2018: 40 Years After I Left Tulane, and the Enormous Debt I Owe the School," Hallowell will trace the development of ADHD from its early 20th century beginnings into the well-recognized condition it is today. He will also discuss how important the strength-based approach is, and why he says he would never have developed it without his years at Tulane.

Hallowell's New York Times best-seller on attention deficit disorder, Driven to Distraction, brought ADD to the public. His other 19 books have sold over 2 million copies, and deal with psychological topics including ADD, the transformative force of connection in human life, and how to deal with worry. He also hosts a weekly podcast called Distraction, and has appeared on Good Morning America, The Today Show, The View, Dr. Oz, Dr. Phil, and 60 Minutes. Hallowell is a graduate of Harvard College and Tulane Medical School, and served on the faculty of the Harvard Medical School for 20 years.

Free and open to the public, with a book signing and reception to follow. Sponsored by the Newcomb-Tulane College Dean's Office, the Goldman Center, Tulane Success Center, and Tulane Medical School. Email mweber3@tulane.edu for more info.


For more information on this event, please visit the original post on Orgsync.