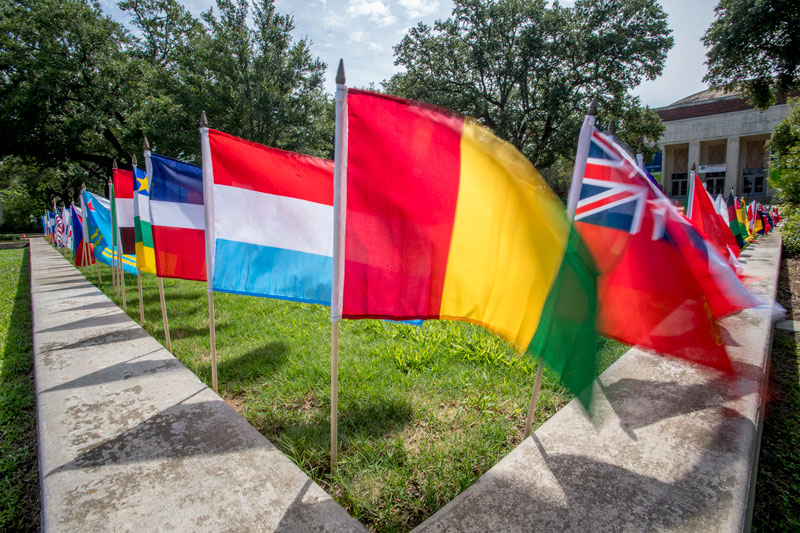 Tulane faculty study and teach in many countries around the world with a concentration in the Gulf region, Latin America and Africa. We have 11 endowed chairs in Caribbean and Latin American studies alone and our faculty investigate wide-ranging topics like health, economics and music. We also have world-class collections and archives, including the Latin American Library, the Middle American Research Institute (MARI) collection, the Roger Thayer Stone Center for Latin American Studies and the Hogan Jazz Archive.

Over 70 core faculty and 35 affiliated faculty in schools and departments across the university specialize in Latin American studies. Their activities range from studying beliefs about corruption in Costa Rica, to investigating Marxism in Mexico, to using lasers to discover dozens of ancient Mayan cities in northern Guatamala.

Tulane is working in over 30 African nations, covering HIV/AIDS prevention and treatment, malaria research and control, public health policy reform, family planning and more. Our researchers have played a major role in combating Ebola and have investigated whether a blood test can differentiate between Zika and dengue fever.

Closer to home, the New Orleans Center for the Gulf South explores the region’s culture and its interconnections with Africa, Europe, Latin America and the Caribbean. The center’s Music Rising website preserves and promotes the region’s music and provides resources for musical scholars of all ages. And our scientists contributed to a national report on the Gulf Coast.